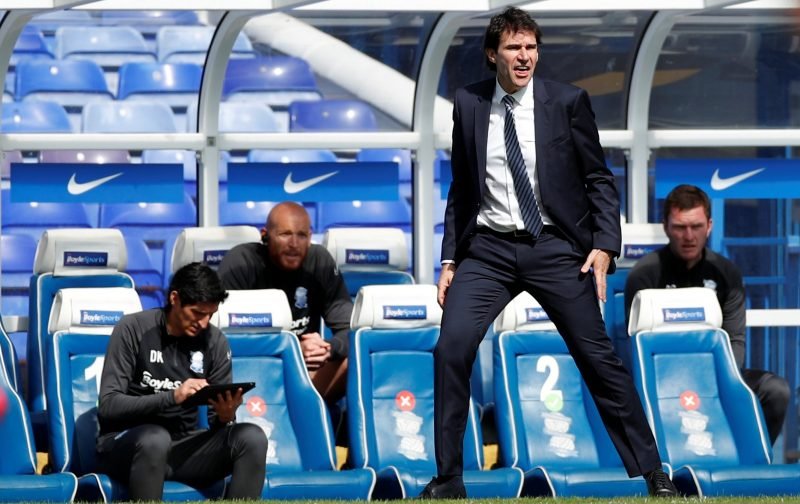 “Make sure you bring your A-game.”

That appeared to be the message that Blues boss Aitor Karanka wanted to send out when it came to the signing of Scott Hogan from Aston Villa.

Having got off to an incredible start last season when he came on loan, he wasn’t the same person when the players came back from their enforced mid-season break, failing to find the back of the net.

And speaking to the club website, the Spaniard was well aware of his dip in form, but he believes that the four-year deal that the club gave him is a sign that they believe he’ll be able to get it back, and that he’s got a long time to do it:

“I want the Scotty Hogan who played here at the beginning of the loan – and he knows that. It is a hungry player who has come. A four-year contract is a big show of commitment from the Club and I think is the only way to convince a player like Scotty who had a nice contract at Villa and a lot of offers to go (elsewhere).

If he has shown commitment coming here, we have to show that same commitment. There are also three parties in this scenario and Birmingham City and Scotty wanted to be together.”

I’m not quite sure what led to his dip in form last season, maybe it was just a case of not getting back up to speed in the right time after the pause in the season, or maybe he was just one of many players that didn’t quite do their job last season thinking we were safe (as results tended to show).

And although Karanka hints how a long-term contract is a show of faith in him, I think it’s going to be vitally important that he rewards that faith pretty sharpish and ideally hit the ground running like he did last time.

What about you? Do you think Hogan will be a success the second time around?