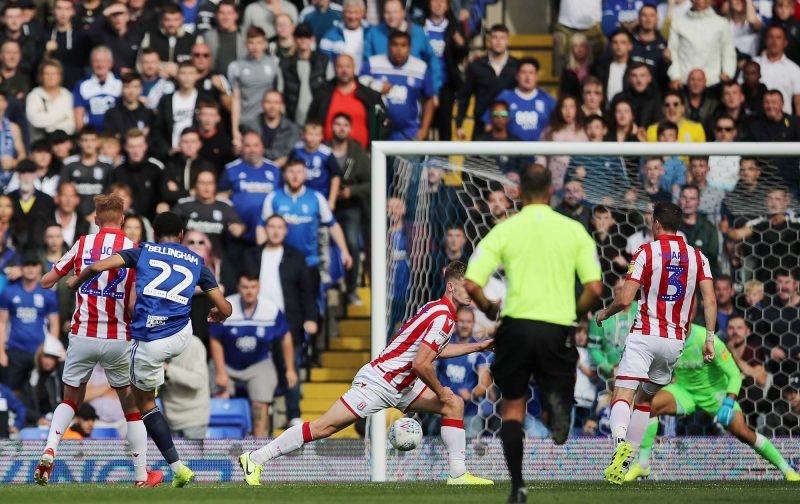 When Jude Bellingham hit the winner for Birmingham City against Stoke City it was emotional. There was no other word for it. For those old enough to witness the great introduction of sixteen-year-old Trevor Francis, comparisons would be inevitable.

Memories came flooding back and yesterday ended up truly delightful.

Hopefully, TF was either at St.Andrews or watching the game elsewhere to enjoy this new beginning. Bellingham is a player we have desperately needed for some time now. Pep Clotet was bold enough to send him on due to Montero’s injury and for that I applaud him.

Generally, our performance was decent. Gritty at times but still lacked that pace that is needed. However, the game ended well with the crucial three points in the bag. Looking at the league now with half a dozen games played, it appears we will have to be consistent this season with the majority of clubs – especially the newcomers of Charlton and Luton holding their own – to get into relative mid-table safety.

The system of playing a back four and a similar midfield is, in my opinion, the strongest way to go at the moment until we get some real wing pace. Sunjic looked more assured yesterday with Davis a strong presence. Crowley looked keen to impress when coming into the fray and showed why Blues bought him. Jutkiewicz was crucial as ever, but his reliance on getting the vital goal is a bit concerning. We need to chip in in midfield areas with Crowley and co. hitting the net.

A two week break now and Jude must be relishing the next game at Charton although he may only start on the bench again. Clotet should let him loose in my view and play him from the start, keep the momentum going – after all TF played his second game for Blues and scored four goals against Bolton.

Give the lad a chance and who knows what he may achieve. What he doesn’t need is ‘bit parts’ of games.